Reflections on a Support Group

Reflections on a Support Group for the Parents of Children Who Experience Same S3x Attraction or Gender Dysphoria.

It was the first time I had sat with a group of parents whose children were experiencing same s3x attraction and gender dysphoria issues.  Their young adult children had come out as gay, bi, or trans.  Some were going through gender transition.  One is a drag queen.  I listened to their grief and pain and saw all their tears.  It was hard to hear.  Vulnerable and raw, mums told the exact words that hurt worst of all, and dads told where they were when they heard.  The process of their kids ‘coming out’ was full of shame, deceit, fear and a sense of betrayal in both parents and the young people involved.

I reflected on that gap fillers group meeting for days.  Their faces and words haunt me.  This is the summary of my thoughts. What would Jesus do?  Read the gospels.  Imagine the scenes at the home of Simon, at the tax collector’s booth, in that dusty street confronted by that mob who shoved that half naked woman forward.  Jesus refused to be pushed by religious leaders into an act of condemnation.  He called them on hypocrisy in their values.  He said, “I’m coming to your place to eat.”  He knew.  When Simon said if only he knew what sort of woman she is he would never let her touch him.  He already knew.  He knew better than Simon.  He was piercingly kind.  He suffered to be kind.

I have lived and worked in a wide range of Christian communities.  Parts of that I have loved and people from them I have loved very much.  Many Christian communities have subtly given themselves permission to snub and despise certain types of people around them.  That is not what Jesus did.  I have never seen a Christian community with an attitude as near to Jesus’ as the attitude of those parents.  Is it because they are their own true children?  Is it because lifelong parental love is as close as we can get to like God’s care?  Perhaps.  I want to learn to love all people – including people struggling with challenging issues – the way Jesus did.  Is it as simple and as hard as this: love people as if they are my own kids?

Another generation is coming behind this one.  They are watching us.  People will leave churches in droves unless we get this right.  Hurting parents and families will leave.  Young people looking for answers and experimenting with sexually fluid identities will leave.  I want to be part of a Christian community that chooses a Jesus-like love for challenging people.  I believe we will suffer to love like that.  I believe we will become more like those parents weeping and praying for the turning of their beloved kids. 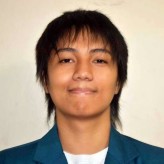 Where would I be without Liberty Inc?
Passing On The Baton

Leave a reply Click here to cancel the reply